Once I step into the month of October, I just realize how much I miss Busan! It’s not just about the scenery and view but also, the food. And lately, I have been trying to dish up some Korean food. Surprisingly, some dishes turned out to be good which I, myself was surprised about it and some on the other hand, failed tremendously.

Thanks to the movie, Train to Busan, I really fall in love with Busan. And I hope that my post will benefit all of you especially those who are planning to go to Busan soon. So, here's the top 10 Must-Try Food when you are there. 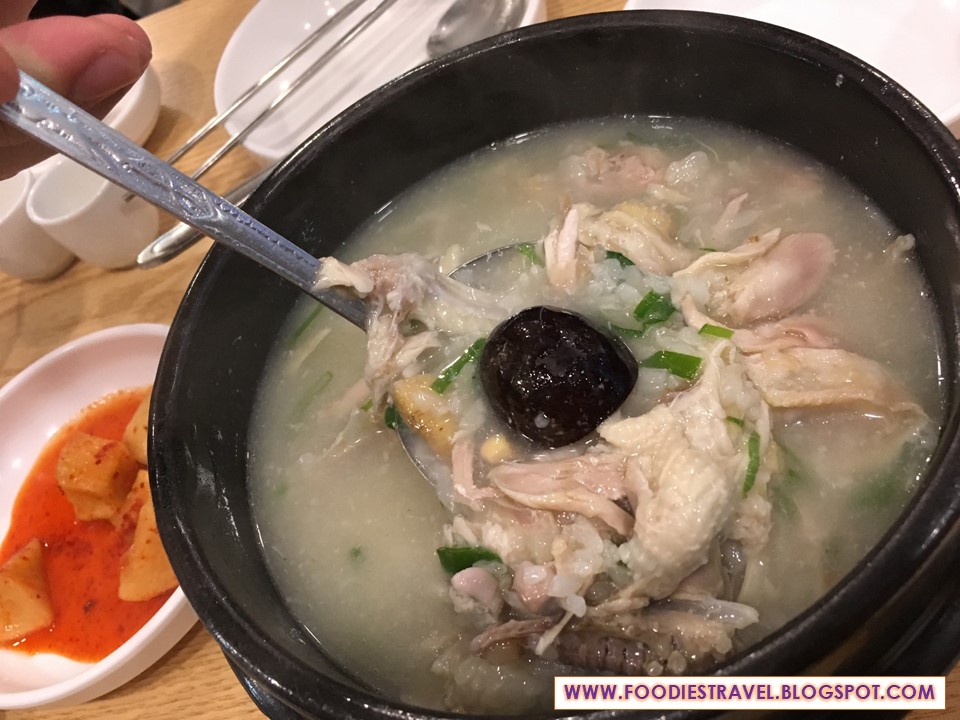 Thanks to the cold weather, this bowl of chicken ginseng rice soup was so delicious. Every sip that we had was soothing enough to warm our body. Plus, add a tinge of ginseng where the owner would generously offer you, giving you an extra punch of this awesome meal! 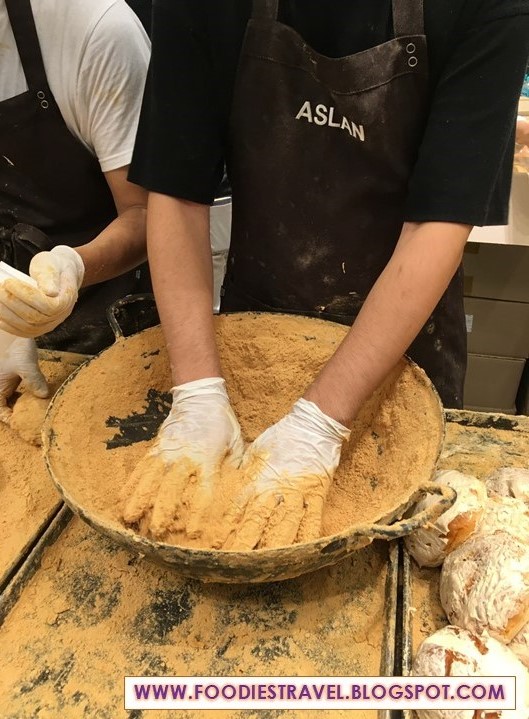 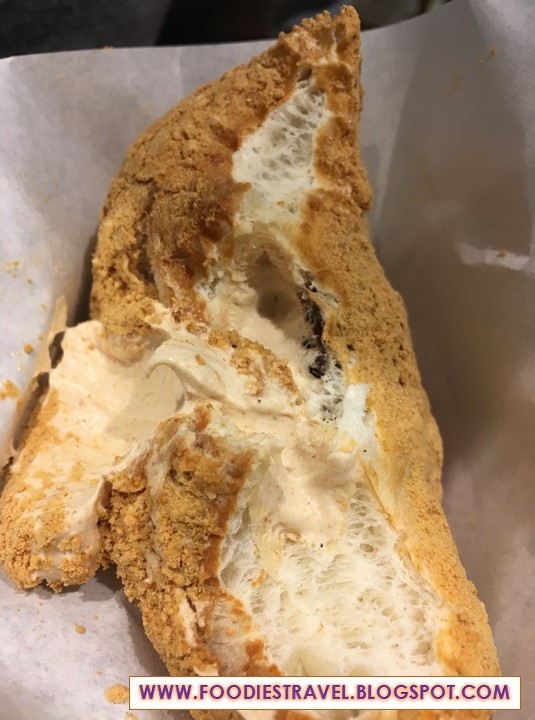 At the time I penned this, Aslan Bread is a hit in Haeundae area. Located in Shinsegae Centum City Mall, locals and tourists alike are willing to queue to have this bread; and I was one of them. It was a simple bread; all they did was injecting the cream into the bun. I paid a hefty amount just for this bread and you know what – I never regretted it! It was so, so delicious. 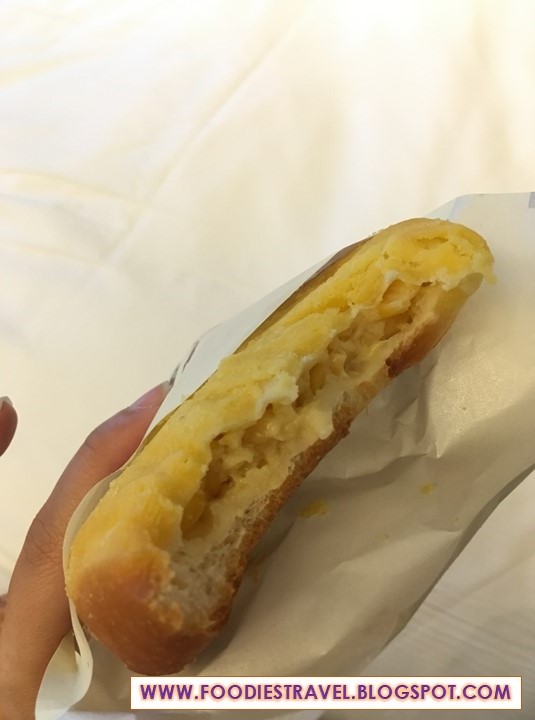 Somehow, the corn bun in Busan tasted so good. For every single bite, you would be greeted with fresh, crunchy corn. 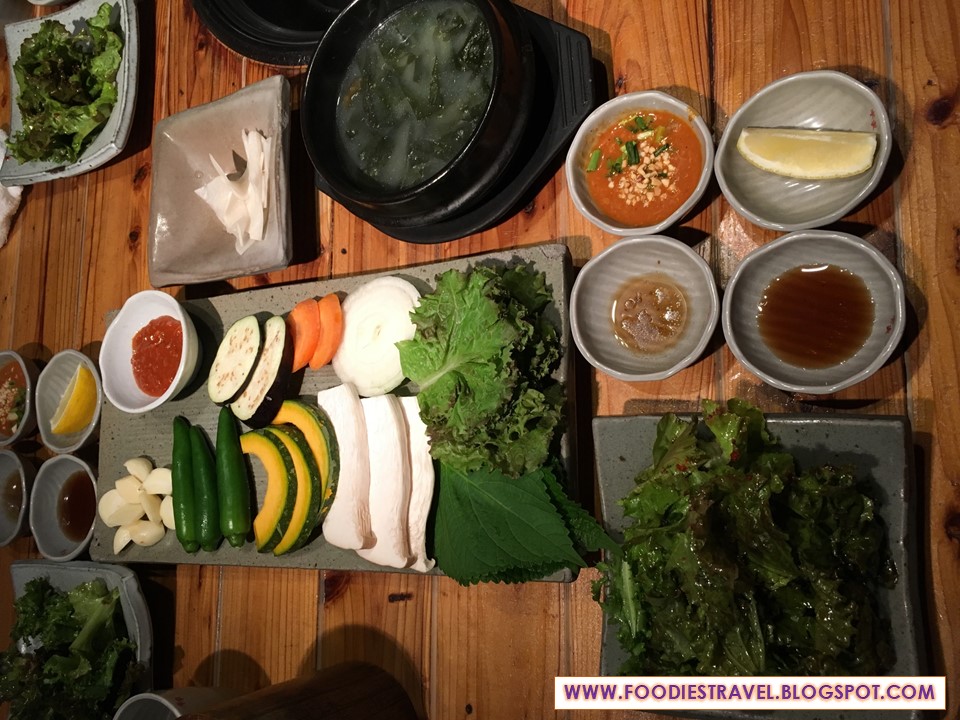 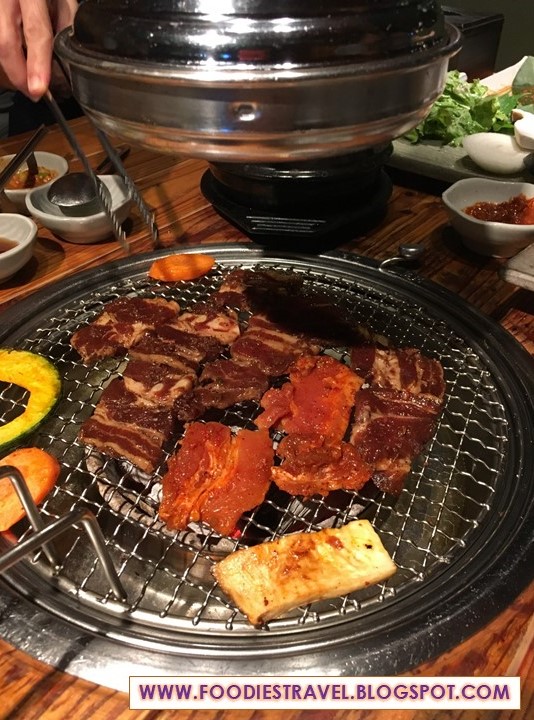 You can’t say that you have visited Busan without visiting to Angu, a popular BBQ spot in Haeundae. We were given a generous amount of side dishes from Kimchi to all sorts of greenies to accompany with plates and plates of meat that we had. 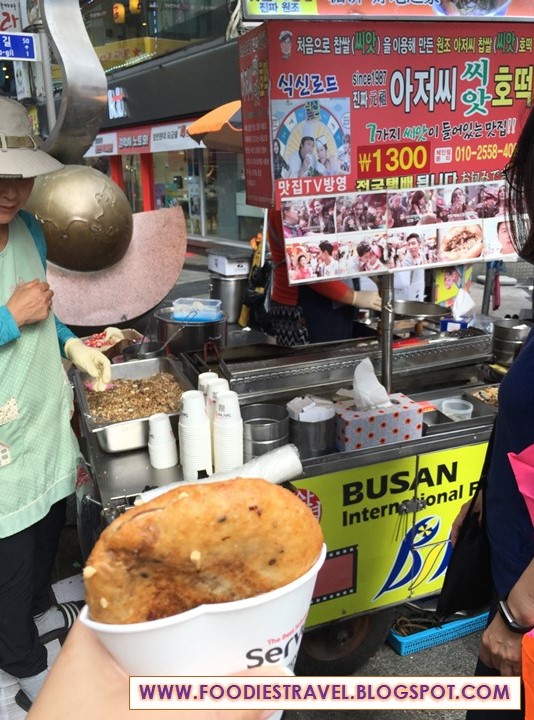 I had this in few places and one of my favorites is located at Busan International Film Festival (BIFF)! The curly hair Ah Jumma who was donned in red shirt was so friendly that she literally invited each and every passerby to queue for her stall and try the pajeon. I must admit the pancake was truly satisfying! One is never enough and we opted for another one. 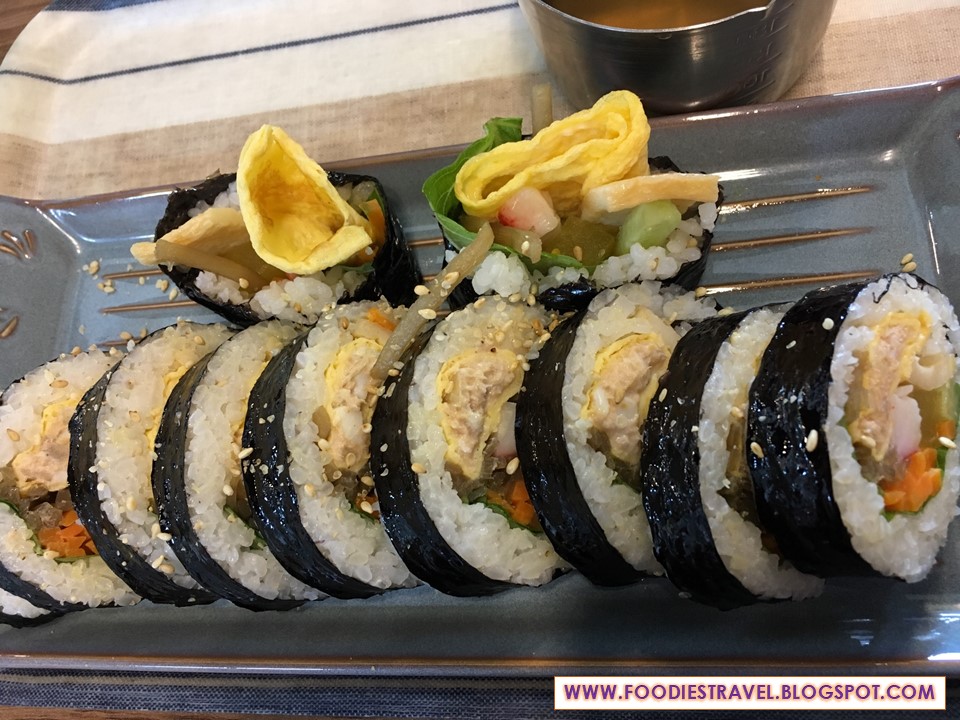 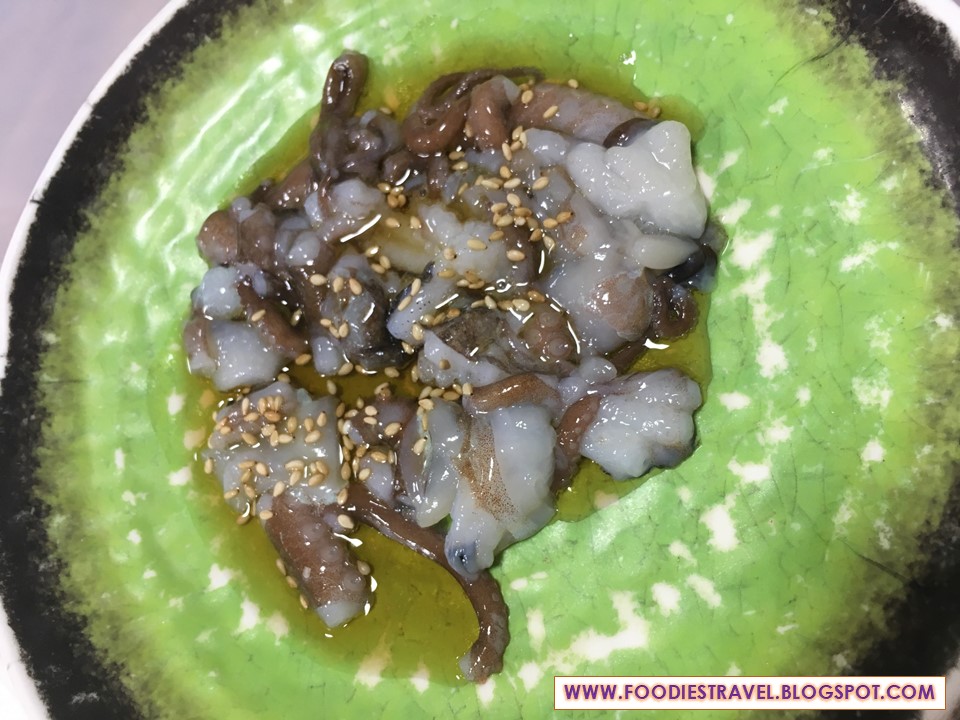 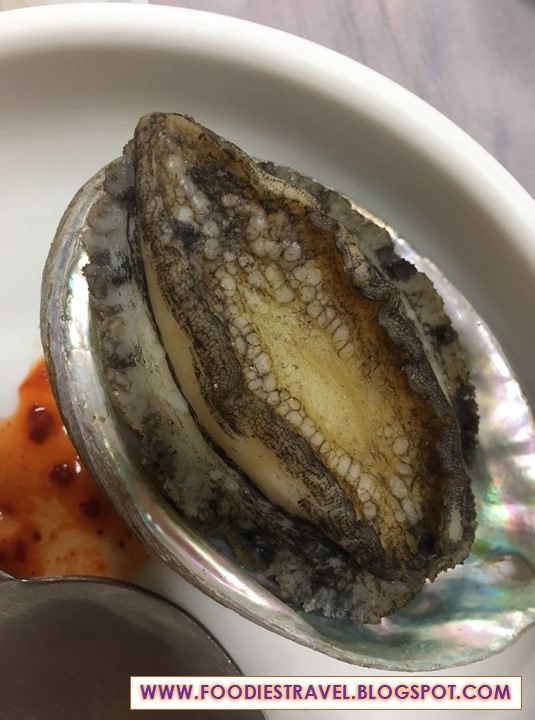 Have you ever tried eating live octopus? If you have not, I reckon you to try one today especially when you step into Jagalchi Fish Market. Initially, I thought that the tentacles might choked me up hence, I was quite hesitated to try it at first. However, since you are in Busan and in Jagalchi Fish Market where it is one of the must-try food to have, I went for it. All I can say was “Wow”. 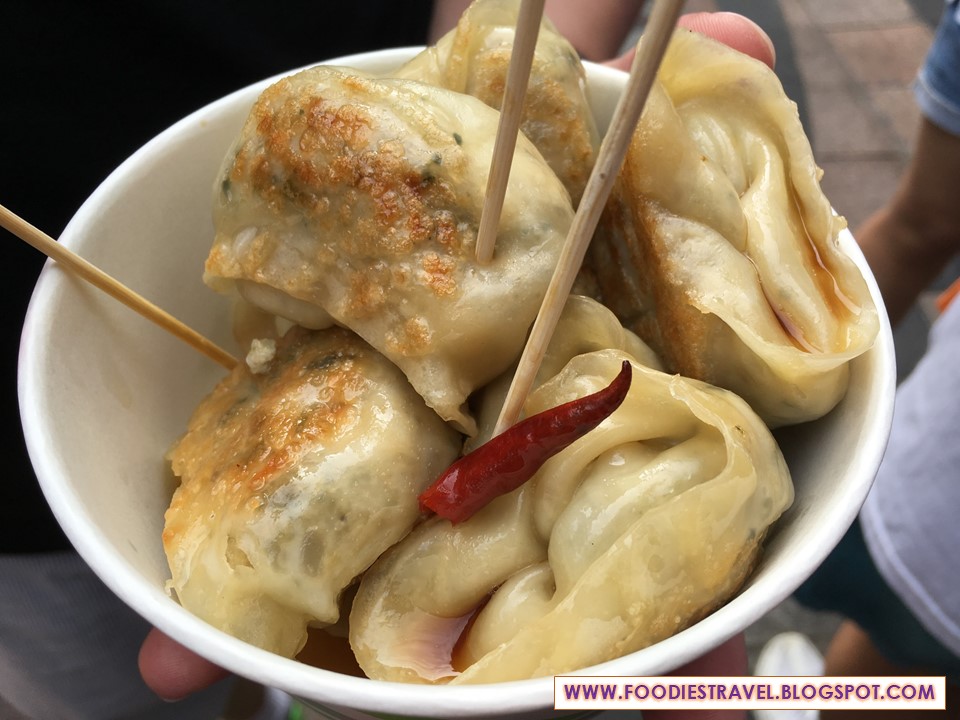 Those who have been with me for long would know that I love wantan, sui kow or whichever you want to name it. In Korea, wantan or sui kow is known as mandoo. The minute we bought a bowl of mandoo in BIFF, it simply blew our mind. Best to be eaten while it’s hot and you would certainly crave for another bowl. 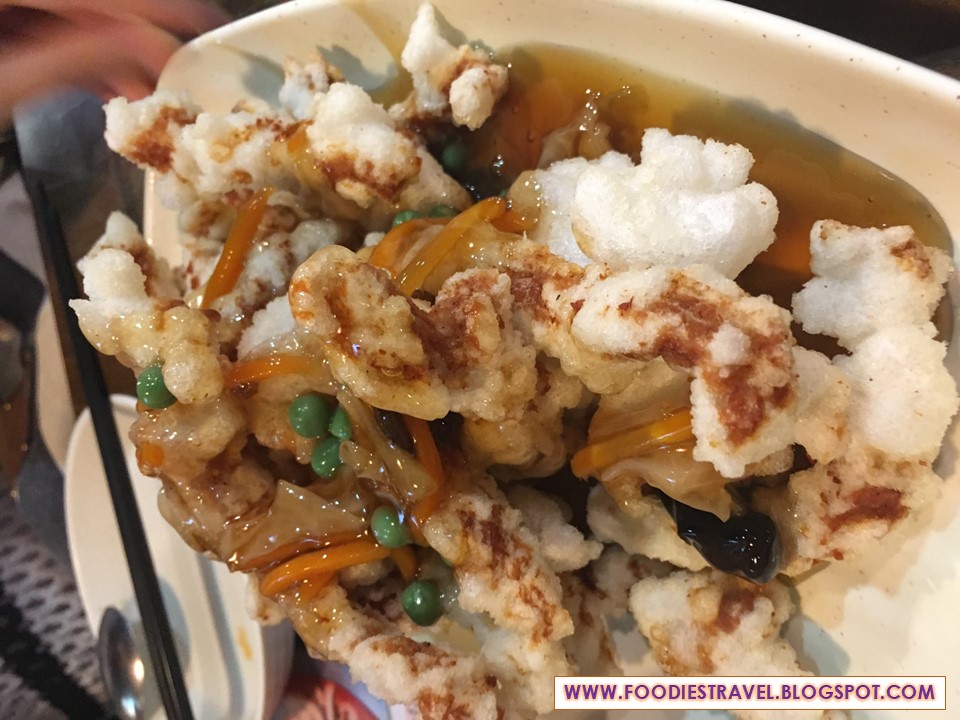 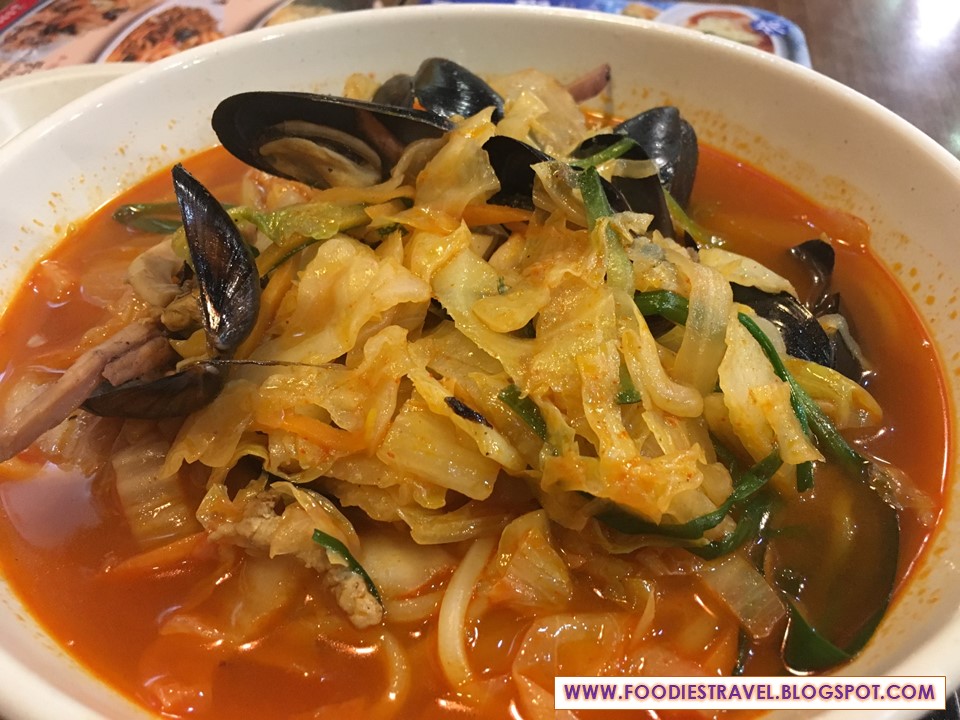 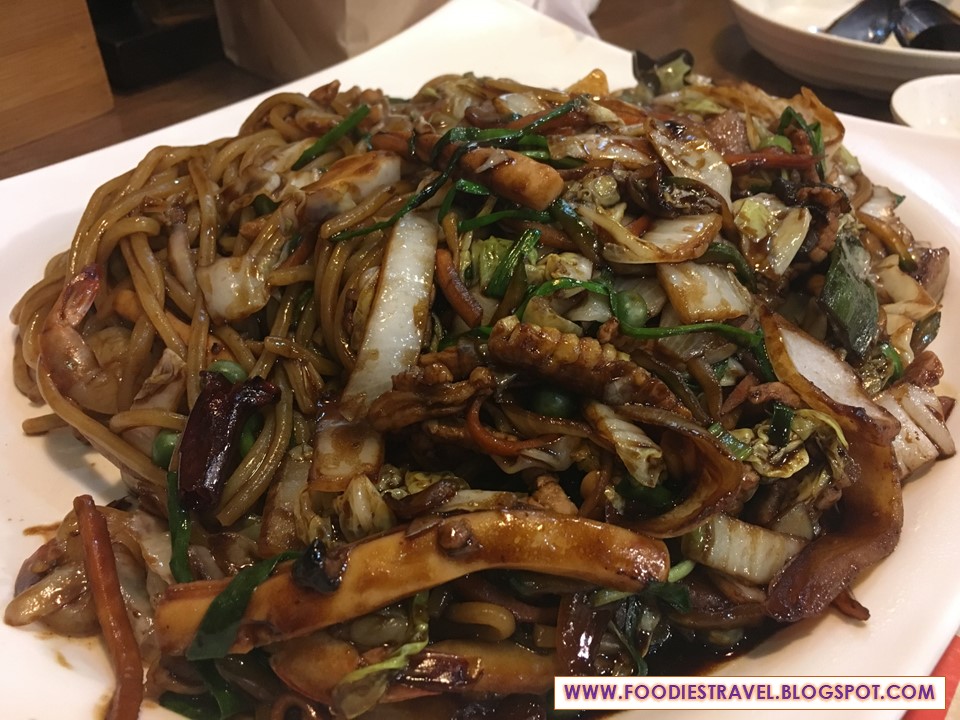 Before we bid farewell to Busan, thankfully, we chanced upon this restaurant. We had the stir-fry noodles, fried chicken and jampong; a relatively big portion which was just nice for 6 persons. 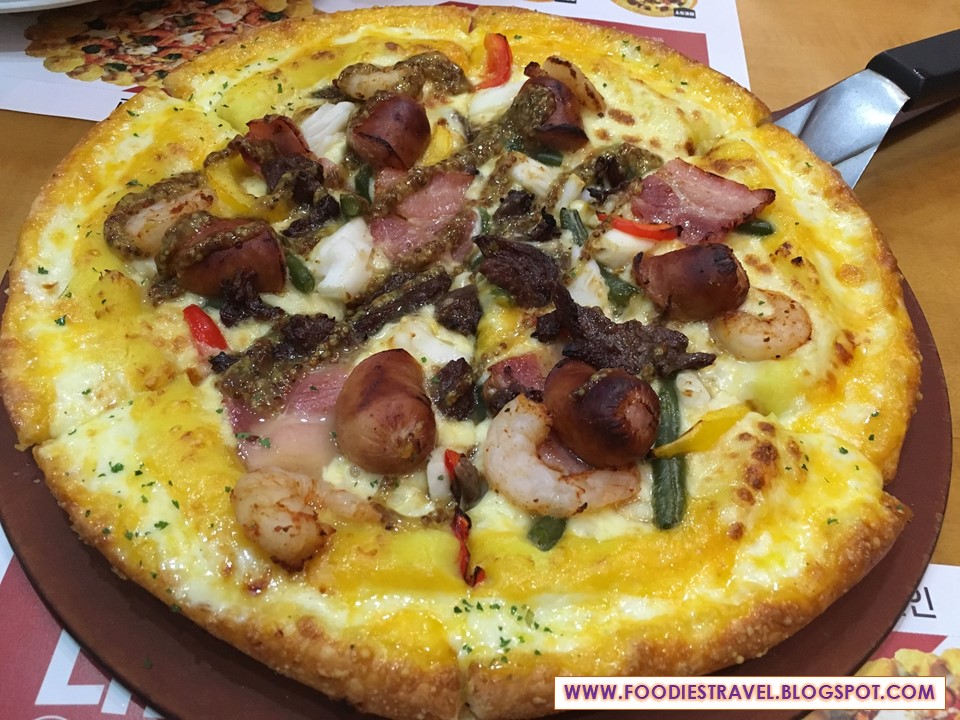 I know this sound strange but I strongly recommend one to visit Pizza Hut when you are in Busan. Try ordering the Rich Gold crust and Topping King as the topping! You would be amazed by not just the look of it but also, the taste. Amazingly, the pizza there tasted so good with a layer of potato surroundings the topping, giving the crust an additional kick of flavors, which makes me craving for more.

Some may asked how come I did not suggest the Busan Fishcake which many, many websites would certainly propose one to have it when they are in Busan. Believe it or not, I tried a number of fishcakes from different vendors even to Samjin, the oldest Busan’s fishcake producer. Somehow, Malaysia’s fishcake is still the best!

All in all, Busan is a city that one should take the time to explore, discover and enjoy the pace of living in Busan. Slowly, you will fall in love with it.